In the tech world, nothing ever stays the same for very long, as innovations are introduced at breakneck speeds.

Be it apps, products or services, there is always something new to look forward to.

However, technology has a darker side, as perpetrators too are quick to exploit it to rake in big bucks.

To help you keep pace, here are the highlights in the Malaysian technology landscape in the last six months.

Both experts and members of the public lamented that little ‘has been done to protect users’ personal data, and no action has been taken against parties responsible for the data breaches.

The seller claimed it was an expanded database compared to the version sold last year, which only included people born from 1979 to 1998. 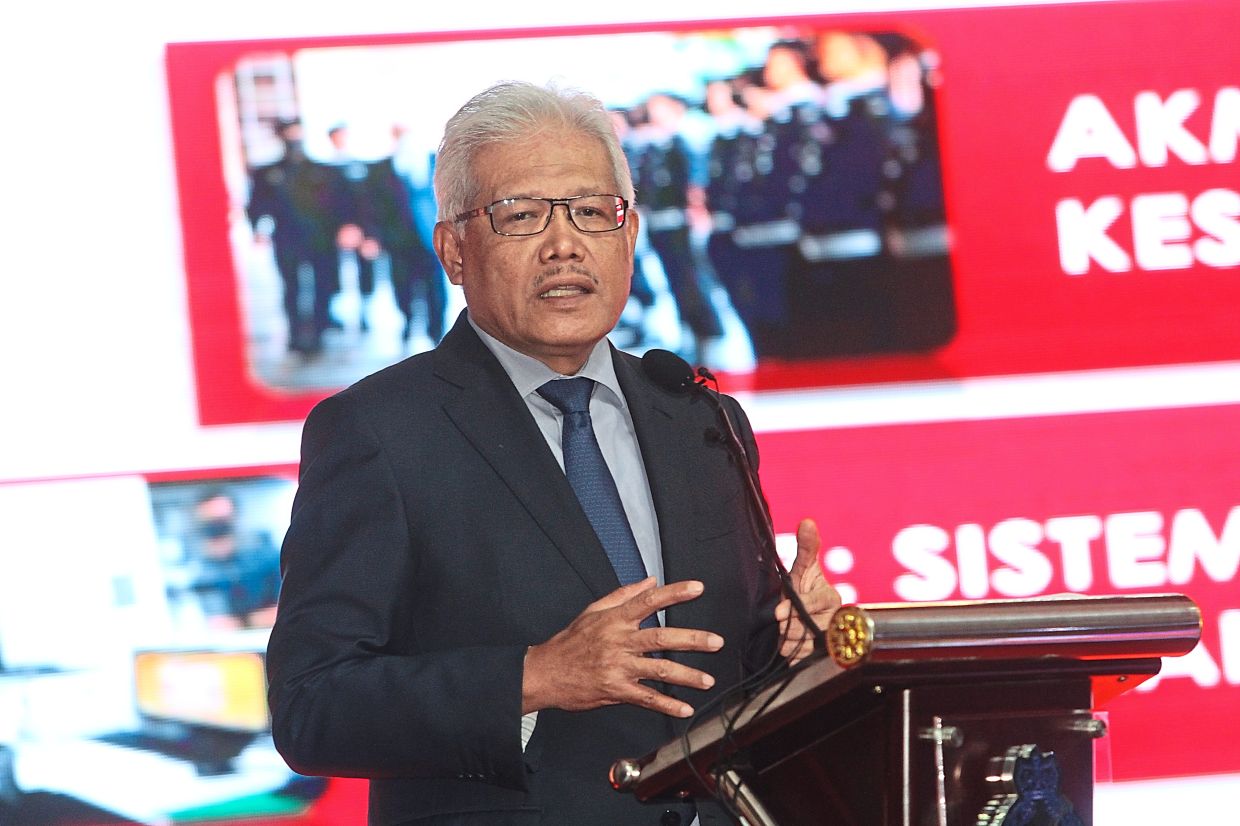 To protect users’ personal data, Hamzah says NRD has reduced the number of agencies that have access to its database. — LOW BOON TAT/The Star

The seller claimed that the data was extracted from the National Registration Department (NRD) through MyIdentity, a centralised data-sharing platform used by various government agencies.

The Royal Malaysia Police (PDRM) initiated an investigation to determine the authenticity of the claims but has yet to reveal its findings, while Home Minister Datuk Seri Hamzah Zainudin said his ministry is reviewing the standard operating procedure and agencies that are allowed access to the information have been reduced to 44.

In June, a cybersecurity expert claimed that millions of personal records belonging to Malaysian workers were left exposed on the Public-Private Covid-19 Immunisation Programme (Pikas) website. Pikas is an initiative of the Ministry of International Trade and Industry (MITI).

Dr Suresh Ramasamy claimed to have discovered a server that allowed him to access an open directory housing Excel files containing employee details.

The Pikas portal became inaccessible soon after Suresh posted his findings on LinkedIn, and when he shared his findings with CyberSecurity Malaysia, he was told that the case had been closed as the reported content was no longer available.

Later in the same month, Malaysia was rocked by another case of alleged data leakage when a user posted on Twitter claiming that Malaysians’ personal data was being sold for as low as 50 cents (RM2.20).

What’s more, the data was being openly sold on the clearweb instead of the dark web, making it accessible to everybody.

The Personal Data Protection Department blocked the website on the same day the incident was reported and the Communications and Multimedia Ministry initiated an inquiry but has yet to provide any findings.

The merger of Celcom and Digi, proposed for later this year, is expected to create the largest telco in the country.

On June 29, the Malaysian Communications and Multimedia Commission (MCMC) gave the green light for the proposed merger, giving both parties a Notice of No Objection. The application for the merger was first submitted to MCMC last July. Celcom and Digi are set to merge and become the largest telco in the country. — CHAN TAK KONG/The Star

In a joint statement, both telcos said the merger will result in better coverage and service as they are committed to investing in network expansion to support the growing demand for data and digitalisation.

They are also planning to invest up to RM250mil in the next five years to build an innovation centre in Kuala Lumpur for research and development of technology that leverages 5G, artificial intelligence (AI) and the Internet of Things (IoT).

However, one of MCMC’s conditions is that Celcom must divest Yoodo – the digital telco brand that the company owns and operates – within 18 months of the closing of the merger through a sales auction process.

Should the company fail to do so within the stipulated period, Celcom must cease Yoodo’s operations within three months.

Yoodo responded by saying that the company will continue to operate as usual without addressing how the Celcom-Digi merger will affect it.

You can’t Touch this

When Touch ‘n Go released an enhanced version of its TNG card in April that featured near-field communication (NFC) technology, users went into a frenzy trying to get their hands on it.

The card, priced at RM10, can be paired with the Touch ‘n Go ewallet for easy top-ups directly through the app. 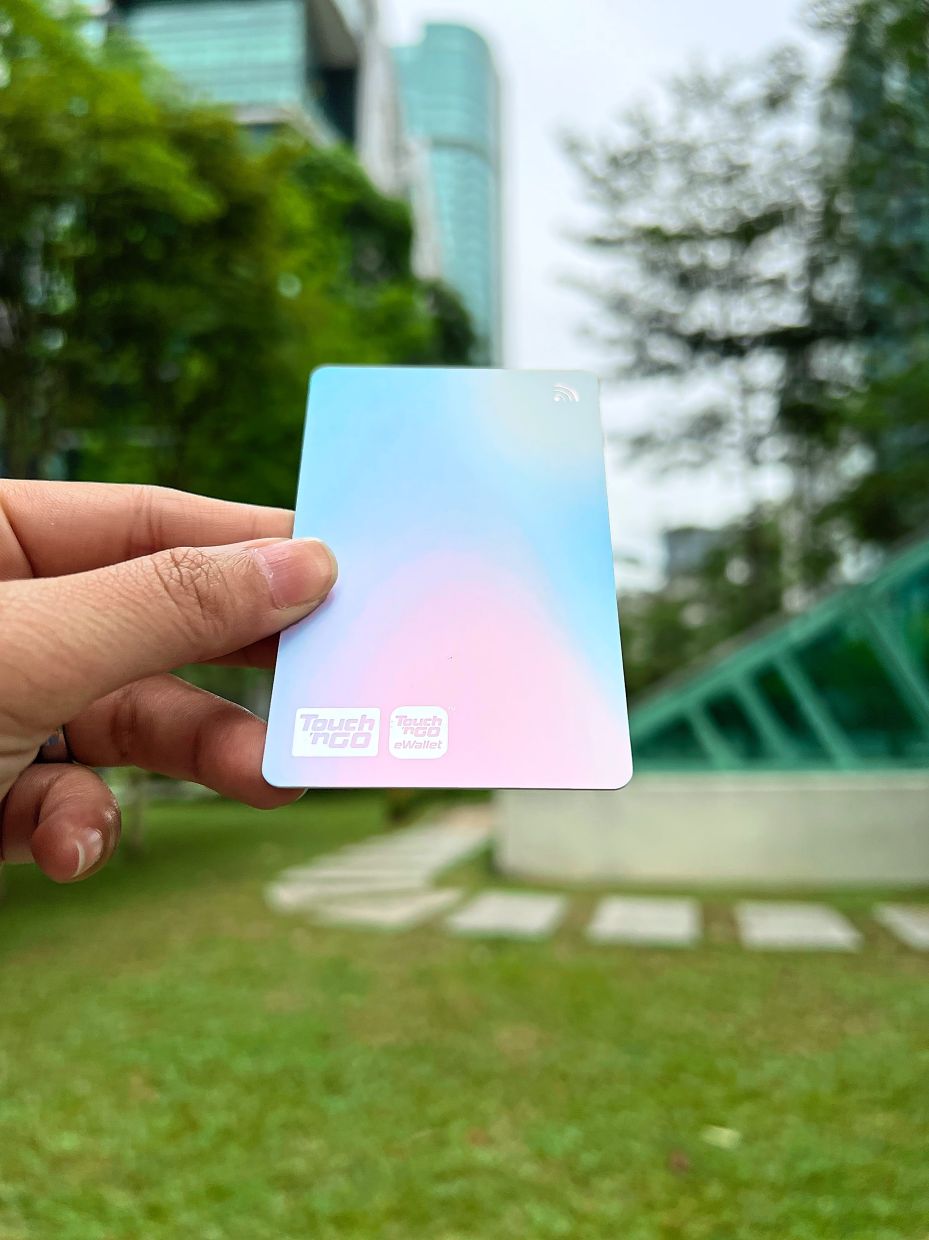 This eliminates the hassle of having to reload at physical touchpoints such as retail stores or kiosks, which is the only way to reload the standard TNG card.

When Touch ‘n Go announced the availability of the enhanced card through its app, the cards were snapped up within hours, including from physical outlets.

The company admitted that it expected demand to exceed supply due to the global chip shortage. As a result, scalpers started offering the card for 10 times its original price on ecommerce sites.

The availability of the card is still “very limited”, according to a recent Facebook post by the company.

If you want to get your hands on it, you may opt to be notified through the app when the card becomes available again.

Fruits of their labour

There’s a lot to cheer for the tech manufacturing industry in Malaysia. In March, users on Twitter were surprised to find out that the new Mac Studio, which comes with a RM8,799 price tag, has a “Made in Malaysia” label.

According to the Apple Supplier List released last year, Malaysia is home to 15 companies that are involved in manufacturing the company’s products.

Then, in May, Dagang Nexchange (Dnex) announced that it had inked a Memorandum of Understanding (MOU) with Taiwanese semiconductor giant Foxconn to build and operate a wafer fabrication plant in Malaysia. 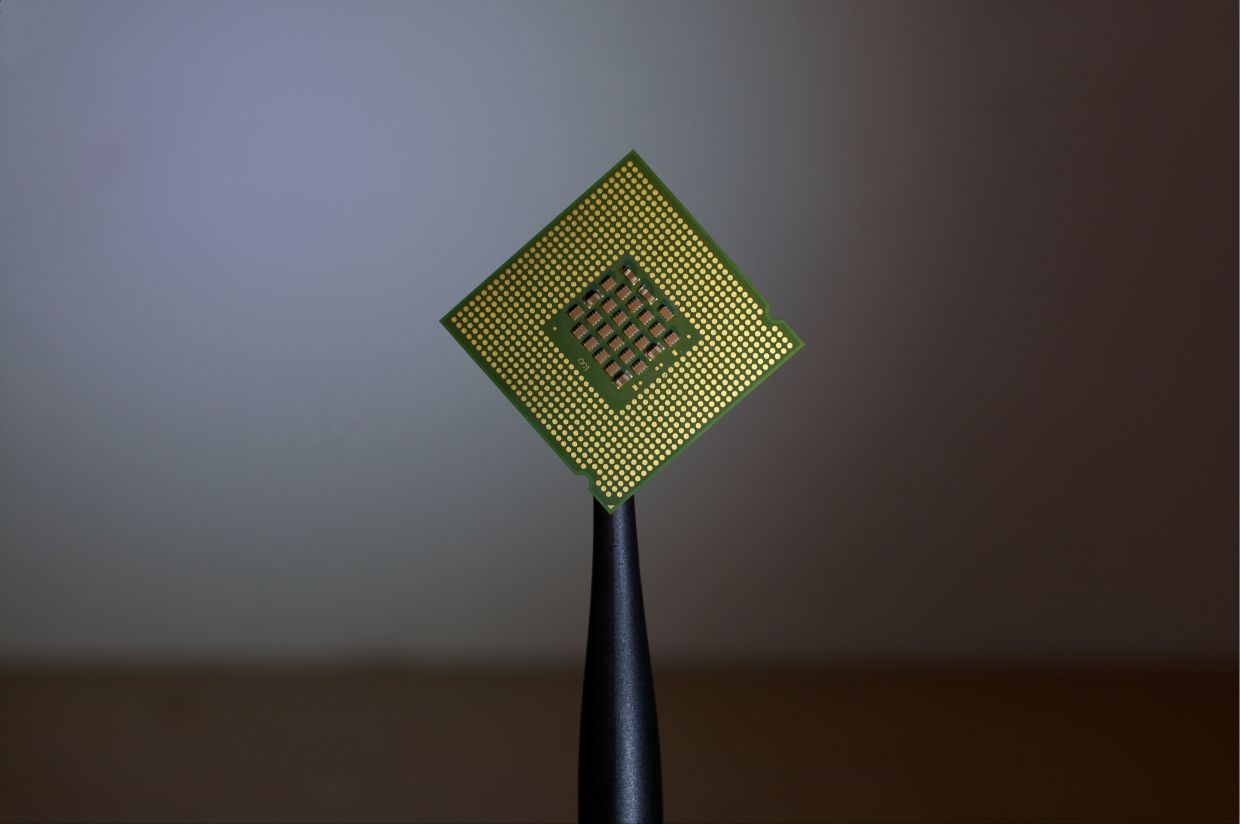 Dnex inked an MOU with tech giant Foxconn to build and operate a wafer fabrication plant in Malaysia. — Photo by Brian Kostiuk on Unsplash

The facility is expected to churn out up to 40,000 wafers per year using the 28nm and 40nm manufacturing processes.

Meanwhile, Tesla is in talks to build a factory at the Batang regency in Central Java province in Indonesia and it has been reported that a Samsung SDI plant in Seremban, Negeri Sembilan, is likely to mass produce and supply batteries to the electric vehicle (EV) giant.

According to the South Korean media, The Elec, Samsung SDI is preparing a pilot line at its plant in Cheonan, South Korea to test the batteries made in Malaysia before supplying them to Tesla.

However, some products, despite being manufactured in Malaysia, are not sold in the country.

Malaysia was left out of the Playdate handheld gaming console launch list even though the product was built at a factory in Sungai Petani, Kedah.

The company said this was due to a “complex shipping scenario”.

“For tax reasons, our factory is unable to ship Playdate units directly to customers in Malaysia, which would’ve been super convenient.

“And shipping them all the way to our warehouse in California, then all the way back to Malaysia, would be ridiculously expensive for the customer,” the company stated on its website.

Playdate, unlike other consoles, has a crank on the side that can be used for movement and other manoeuvres in original titles like Crankin’ Time Travel Adventure.

The Road Transport Department (JPJ) introduced the Automated Driving Test & Training System on April 1 that allows candidates to be assessed without human contact.

Student drivers perform their tests in the vehicle alone while being observed by JPJ officers from a control room.

Unlike the manual method, the etesting system allows JPJ to generate results in real time. 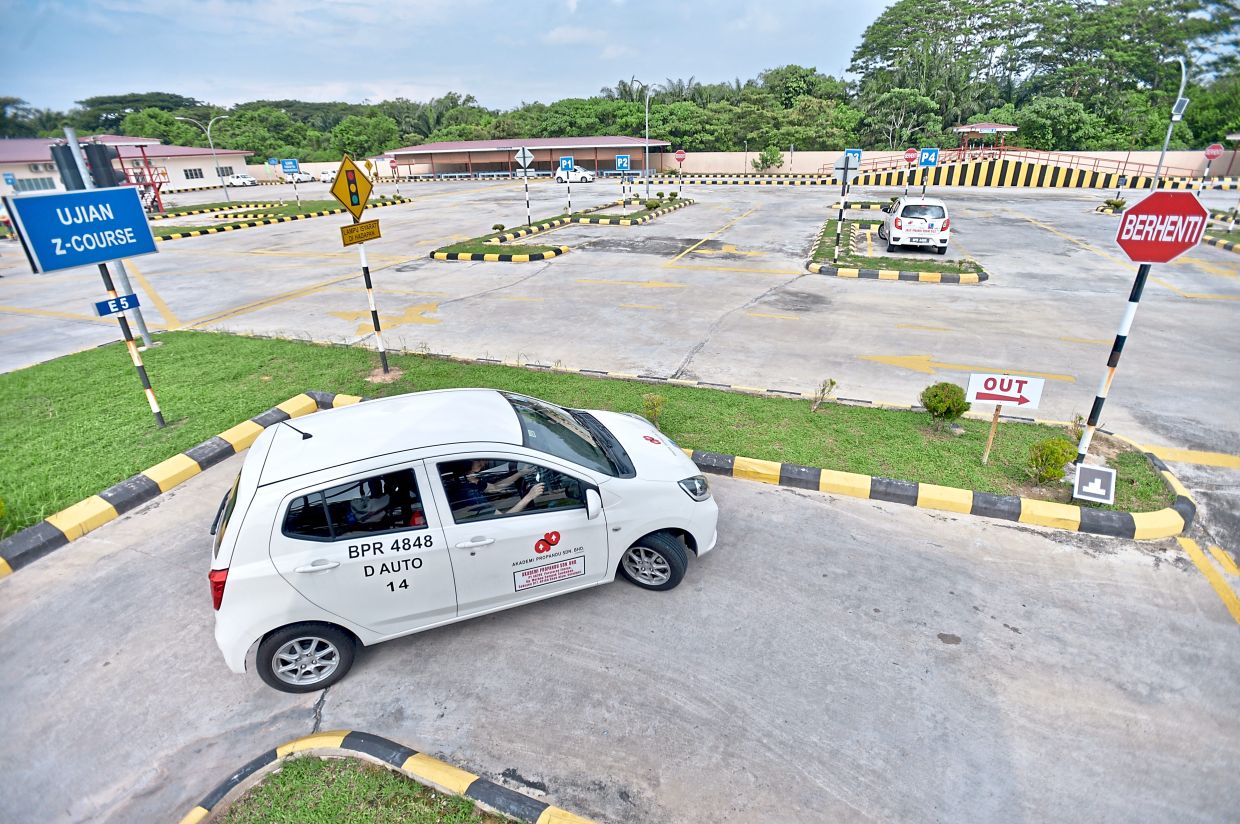 “It is important that every JPJ staff member gives efficient service to Keluarga Malaysia.

“We must blend with the times and keep ahead with the advent of technology by providing the best service to the people to earn their trust,” said Transport Minister Datuk Seri Dr Wee Ka Siong when launching the 76th JPJ Day celebration and the etesting system in Ayer Hitam, Johor.

The etesting system reduces manpower requirements to two or three officers instead of the typical six for evaluating students.

The agency is also banking on technology to tackle reports related to road offences with the launch of the e-Aduan feature on the JPJ Info Dan e-Aduan@JPJ mobile app.

Previously, road users had to email JPJ if they wanted to report road violations.

With the app, they can upload pictures or videos of incidents as well as details such as time and location for JPJ to conduct an investigation. According to a July 9 article, approximately 1,000 reports have been filed through the app.

Esports fans can also look forward to the return of ESL One 2022 next month at the Arena of Stars in Genting Highlands, Pahang.

Twelve teams from around the globe will be competing for a slice of the US$400,000 (RM1.76mil) prize pool in the Defense Of The Ancients 2 (Dota 2) tournament. A student at the Hero Esports Arena, a 1,686sq ft facility in TAR UC. — Handout

The 1,686sq ft space can accommodate 40 people in its gaming zone, six individuals in the VIP area and one person in the broadcasting room, offering ample space for students to experience a real esports setting.

Meanwhile, Sem9 Senai in Johor has billed itself as the first esports themed hotel in Malaysia, with rooms equipped with gaming computers and consoles as well as LED lighting.

It’s not just for esports players wanting to train, but for anyone who fancies a gaming experience.

Crypto’s $2 Trillion Wipeout Is Coming for the C-Suite

The Fight Over Regulating Crypto’s Energy Use: Crypto Irl

How China Became a Threat to the US’s Tech Leadership